The cylinder head gasket is in direct contact with high-temperature, high-pressure gas, so it is easily ablated during use, especially around the cylinder bead. After the cylinder head is burnt, the working condition of the engine will be seriously deteriorated, and it is easy to cause damage to a related component or part.

How to judge the cylinder gasket burning and how to solve it!

(5) The injection is prematurely entered; the combustion chamber is heavily carbonized; the diesel is improperly selected.

(6) The quality of the cylinder head gasket is poor, and the thickness is uneven; there are air bubbles in the mouth of the mouth, and the asbestos is unevenly laid or the rim is not tight.

1. Burning phenomenon at the adjacent two cylinders: the power suddenly drops during the engine operation, and the speed is significantly reduced; the body shakes severely and the exhaust pipe has a slight misalignment; the engine is difficult to start after the flameout or is extremely unstable when idle.

2. Burning phenomenon between the cylinder port and the cooling water channel: When the engine is running, the water temperature suddenly rises, the rotation speed is dull, the power is reduced, the cooling water consumption is too fast; the exhaust pipe has water vapor discharge, especially when the idle speed is running, The exhaust gas is light yellow; the oil level of the crankcase rises, the emulsification of the lubricating oil is serious; there is traces of rust at the water inlet of the radiator. If the burning is severe, a large amount of cooling water will enter the cylinder, causing the starting surface to fail to start. Auto repair boss internal reference WeChat: qixiuulaban

3. Burning between the cylinder port and the lubricating oil passage. Phenomenon: the oil pressure is unstable and the oil temperature rises too fast; there are bubbles in the lubricating oil, the color is lighter and there is diesel smell, the lubrication oxidative deterioration speed and the consumption are too fast; when the diesel engine is cold, the exhaust pipe has a large amount of blue smoke exhausted. .

4. Burning between the cylinder port and the edge of the air cushion. Phenomenon: When the burning loss is slight, the engine power is degraded, and the acceleration is slow, especially when the load is heavy. The speed is unstable and the body is shaken seriously when idle; if the burning is serious, it can be seen in the middle and upper part of the cylinder. The rhythm of "ka, ka".

5. Burning phenomenon between the cylinder port and the bolt hole of the cylinder head: the engine idle speed is unstable; there is a slight “ka, 嚓” sound at the valve cover; the cylinder bolt (female) is often loose.

First aid for ablation on the way of cylinder head

When the cylinder mat is burned out during driving, and the spare parts are not available, the following first-aid measures can be taken: the cylinder head is removed and carefully inspected. If it is washed out, it can be filled with tin foil in the cigarette case, tin in the electrical appliance, or platinum asbestos. In the damage, and carefully knock the compaction; if the damaged surface is large, you can use a dry cowhide pad or cut a patch from the same part of the waste cylinder mat, and the vehicle will be repaired according to technical specifications after returning to the scene. The use and maintenance of the cylinder head gasket should be under the action of high temperature and high pressure gas. It has sufficient strength and is not easy to damage: it also has heat and corrosion resistance; it has certain elasticity and can compensate the flatness of the joint surface. Sealing; easy to disassemble and non-stick cylinder and long service life. At present, the asbestos cylinder head gasket is widely used, and the structure is that the asbestos is sandwiched with metal wire, the water hole is surrounded by copper skin, and the combustion chamber hole is copper-clad to prevent high temperature ablation. Auto repair boss internal reference WeChat: qixiuulaban

Precautions when installing and maintaining

3. The selected cylinder head gasket must be the original fittings that meet the requirements (specification model) and reliable quality. Please pay attention to the up and down direction markings to prevent reverse installation and avoid human error.

4. Tighten the cylinder head bolts according to the technical specifications. Because the center is symmetrically extended to the two ends, it is screwed to the specified torque in 2 to 4 times. It is more reliable to tighten once in the hot car state.

6. The cylinder head is not properly stored, the disassembly and assembly is inadvertent, the cylinder head is damaged and deformed, and the cleaning is not clean during installation, which will lead to poor work and poor sealing, which must cause attention.

What are the causes of engine cylinder gasket damage?

What is the cylinder head gasket? 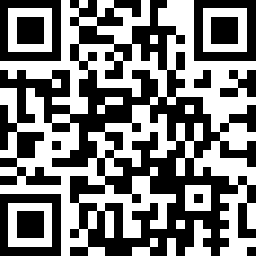